Turmeric, also known as “Indian saffron” or “golden spice,” is a versatile plant known for its nutritional properties; In particular, it has been studied for its effects in the treatment of fatty liver and other chronic diseases.

This plant, which is usually grown in Asia and Central America, is often used as a spice, as it is an essential ingredient in ground curry. It is also used as a dye, as it gets a bright yellow color after being processed.

Meanwhile, in traditional Indian medicine it is used to soothe ailments and inflammatory disorders. Hence, it has been studied as a possible adjuvant against fatty liver. Do you want to know more about it?

What is the fatty liver?

The liver is the second largest organ in the human body. It is responsible for processing the nutrients in food and filtering harmful substances from the blood. In this organ, different diseases such as fatty liver or fatty liver can develop, a condition that is caused by the excessive accumulation of fat in this area.

Having high levels of fat in the liver can cause inflammation , leading to considerable damage and scarring. In the most severe cases, the scars produce liver failure or liver failure, a level of deterioration in which this organ loses the ability to fulfill its function

Turmeric: an adjuvant against fatty liver?

The antioxidant effects of turmeric have been linked to an improvement in liver function. This is because they can prevent some toxins from causing damage to this organ. Here are some of the other benefits attributed to this natural ingredient.

Oxidative stress is produced by an imbalance in cells, caused by an increase in free radicals and a decrease in antioxidants. This cellular deterioration is considered a key factor in liver damage , which is also induced by agents such as alcohol, drugs, viral infections, among others.

A study published in Nutrients determined that curcumin, the active ingredient in this plant, has several functions capable of protecting and treating the liver. In general, it works as a free radical scavenger. However, more studies are still required to consider the efficacy of curcumin against oxidation-associated liver diseases.

According to a review of studies published in Integrative Medicine Research , curcumin supplementation may be effective in treating nonalcoholic fatty liver disease (NAFLD) .

This study also states that curcumin is safe and well tolerated by the body. However, more clinical research is still required, so turmeric and its supplements are not considered a first-line treatment for liver disease. 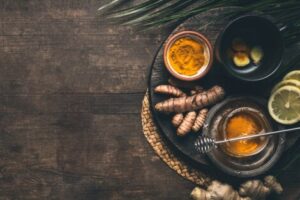 Turmeric has been valued in traditional medicine for its positive effects on liver health. However, there is not enough evidence to consider it a first-line treatment.

Although there are studies that link curcumin , the active ingredient in turmeric, with protection of the liver, an improvement in patients with non-alcoholic fatty liver disease and a significant reduction in liver fat, this plant in its different Presentations cannot be used as a first-line treatment.

It is also recommended to consult with your doctor before starting to ingest herbs or take turmeric supplements as an aid in the treatment of fatty liver. It should not be ignored that this disease is chronic and requires another type of approach .

Home remedies for gastritis in children

You may have missed

WHAT ARE FACE MASKS

Don’t ignore that white spot in the eye.

Should I Get the Neograft Hair Transplant Treatment